Female professionals leading businesses in Vietnam share their thoughts on Vietnamese women in the digital economy.

Must-know breaches of HR regulations and their implications

How to keep recruitment competitive during periods of talent shortage? 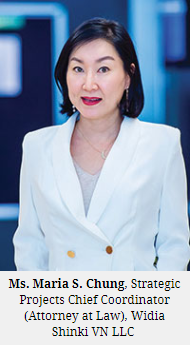 Having lived and worked as an international lawyer in Vietnam for the past ten years, I have had innumerable opportunities to work alongside some brilliant female Vietnamese lawyers as well as interact with a dynamic group of Vietnamese businesswomen. I also witnessed Vietnam undergo rapid economic growth, which has opened the door for more and more women to take on high-level managerial positions in multinational corporations and to establish their own businesses.

Vietnamese women in the business world, however, must always be ready to adapt. Given the Vietnamese Government’s embrace of Industry 4.0 and the broadening of economic integration, it is critical that young Vietnamese women continuously challenge themselves and welcome diverse experiences, in order to operate effectively in a changing work landscape. More than ever before, female professionals and entrepreneurs in Vietnam must see themselves as lifelong learners -˗ constantly widening their knowledge and skillset to keep abreast through market changes. As the current digital economy requires its workforce adapt constantly to rapid technological changes, women in business must remain flexible and creative.

On a macro level, female leaders in Vietnam’s business world must empower each other to challenge traditional understandings and expectations of women’s role in the Vietnamese family. Even as more and more Vietnamese women earn higher wages and take on more important roles in the business world, the burden of performing household chores, rearing children, and looking after elderly parents disproportionally falls on the women in the family. Female professionals and entrepreneurs should reject the myth of "doing it all” and demand - in both their personal and public life - the accommodations and arrangements necessary for them to be successful. In other words, shifting habits of thought and demanding structural changes should be part of the agenda for the Vietnamese businesswoman. Closing the existing gender gap in both the private and public spheres is a prerequisite for Vietnamese women to realize their fullest potential in this fast-changing digital economy. 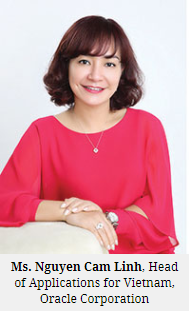 I believe that Vietnamese women share the same characteristics and competencies as other women around the world. We know how to leverage our strengths and advantages to achieve connectivity, collaboration, and flexibility in our lives as well as in the business environment. While remaining true to oneself, we realize that finding our own voice is the key to rising above preconceived expectations. A distinguishing feature of modern Vietnamese women is the ability and freedom to go and get things done with accountability.

As modern women in the workplace, be it holding a senior-level role or being part of the team on the ground, we face many important yet challenging aspects in life, such as balancing work and family life, defying social expectations, and finding or building a support network. Having a family - being a mother, a wife, a daughter, a caregiver to the household - and being a woman executive at the same time means there is a need to strike a balance between work and wellness.

Another challenge is that women tend to face a social stereotype - that our primary role should be a domestic one. However, women nowadays in Vietnam are increasingly more educated and that results in a greater contribution to and diversity in the economy. In striking that balance, it is also good to seek a support network - be it a social club for your hobbies or a women’s network; these are ways to keep yourself going, become empowered, and build confidence through social interaction to overcome the challenges. 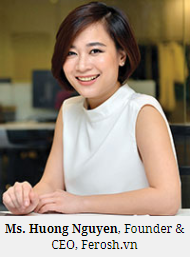 Vietnamese women play an increasingly important role in the development of the digital economy. In different types of business lines, women play different roles. Women have affirmed their roles and importance in many fields. People should change their old ways of thinking about women and instead focus on exploiting the value of women in Industry 4.0.

Women are viewed as the "weaker gender”, so their career development faces many barriers. However, in this 21st century, people have to admit that, in work, women have superior advantages over men. I believe there are three main advantages for Vietnamese women.

First, they are more patient, trustworthy, humble, and willing to learn. Women know that decisions should not be made in a loud manner, and therefore take time to learn and dig deeper before "closing down” the problem. In addition, women are highly appreciated for their ability to handle stress more effectively than men. Stress can overwhelm your ability to make decisions at important times and can see many good business opportunities be lost.

They are very careful about what they are doing, and have a proper plan. Therefore, they don’t promise more than they can deliver. But that is one of the things that actually hinders them in fundraising, in my opinion. Women often do not place "ego” as high as men do. They’re not afraid to start from a lowly position and eagerly seek opportunities to learn new things.

More and more women have the same education, ability, and creativity as men. However, in the process of advancing at work, women often face more barriers than men, such as family responsibilities and biases in promotion and career choices. I think there are three main challenges for women: how to balance their life, how to be healthy, and how to network in the business world. 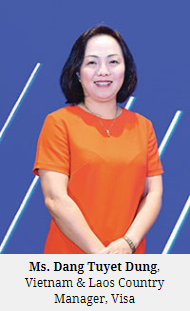 Seventy-two per cent of Vietnamese women are working, which is the highest proportion in the world, according to the "Women, Employment and Wages: An Overview on Female Workers in Vietnam” report released last year by Mnet, a network for migrant workers set up by Oxfam.

Speaking in general terms, men and women have leadership styles that vary from one another but are in many ways complementary. In Vietnam, women have traditionally been dedicated to familial duties, but over time they’ve come to participate more in different business fields. This process is still evolving, but nowadays there are women from a range of different backgrounds working in virtually every field, whether they are doctors, teachers, financial experts, or entrepreneurs.

Global economic integration is a great opportunity for Vietnamese women to gain more direct access to the world’s latest knowledge and trends, which they can then use to explore new opportunities in business. This is particularly true in Vietnam, where there remain many openings in the market for entrepreneurially-minded people to try new things.

I think many Vietnamese women have struggled with self-belief for a long time, as there are long-held ideas about gender roles that persist to this day. However, this disadvantage is simply one of perception. I know many incredibly talented, successful Vietnamese women, but many have had to face self-doubt in getting to where they are.

I would actually argue that Vietnamese women are some of the biggest beneficiaries of the digital era. Though social norms are changing, much of the work of raising children is still done by mothers - a fact that can prohibit them from having a successful career. With more and more business being done online or being done remotely, stay-at-home moms can have a career and a family - they just need a computer and wi-fi. 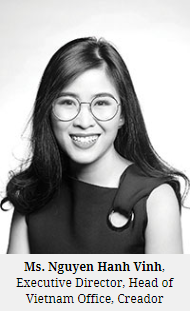 With pride and not with surprise, we have had the privilege to meet up with many influential, passionate, and powerful female leaders in Vietnam. They are not just from the generation that suffered from various wars, but also from the young 9x generation, which is an encouraging sign for a country with gender equality and growth continuity. These leaders are of the highest caliber, have the greatest tenacity, and are self-driven to fulfil their ambitions.

I have heard nothing but mere admiration from our foreign friends about these female leaders being in the C-suite. Even taking away the courtesy and formality, I believe they have a point. Looking back on our history, Vietnam as a country has unfortunately suffered long periods of war, during which perseverance and sacrifice have been embedded into the characteristics of the generation as a whole, which served as an immortal example that has been passed through different generations.

In the modern world, the passion and motivation to build up a better society, catch up with other more developed countries, and close the gaps in poverty and technological development are the dreams of many people. We have seen women’s roles becoming emphasized in different matters, both economic and in politics.

Being able to climb up the career ladder, manage a team whether large or small, and finding success are always challenges for women, especially in a male-dominated industry. Having to balance the roles of wife, mother, and leader requires a lot more effort from women but also opens up the chance to improve oneself, be motivated to adopt a holistic approach, set clear directions and action plans, learn to manage time, and prioritize tasks to enhance work efficiency. 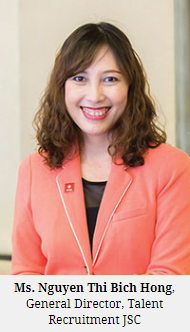 I see there are two generations of women-led businesses in Vietnam. The first generation is the majority and is women aged 40 and above and the second is younger women with startups. The young generation is very adaptive in terms of the digital economy and technology. Large businesses owned by women that were established during the era before digital technology must adapt to changes. In general, businesses view the digital economy as a necessary development and have therefore absorbed it actively in order not to lag behind.

The challenge for female founders is the increasing dependence on technology. As there is no limit in space and time when working because of technology-based models, they will not have time to recover their energy, which may impact on productivity in the long term. Mature businesses have addressed how to balance technological growth and the capacity to apply this technology into their actual operations. In fact, some have conducted a review of their business activities to invest in technology, looking at what departments or functions require investment. I believe that mature businesswomen can handle this. 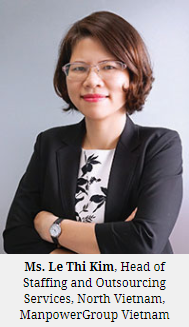 In contrast to the archaic perception that technology is only for men, the digital economy seems to be bringing significant advantages to women. In the market today, more and more female founders are succeeding in business using digital technology, such as startups like Elsa Speak and VN Direct.

One of the visible advantages of the digital economy is easy access. Successful female entrepreneurs have shown detailed thinking, rapid action, and an ability to seize the day. The combination of these creates a vibrant digital economy coupled with a team of qualified women who are capable of managing their own enterprises. This is considered an extremely effective two-way mutual combination to achieve a new economic advantage, not merely a one-way impact by the digital economy.

Despite the positive aforementioned characteristics of successful women, which make their financial investments profitable so quickly in the digital age, female entrepreneurs face a number of challenges in stabilizing the growth of their business. These include limitations in technological knowledge, the limited environment to apply it, and social prejudice.

To tackle these problems, entrepreneurs should focus on the following. Learn how to manage the business using the digital economy, by hiring consultants and experts to standardize the management process. Invest in technology - this is always an important matter that needs to be carefully considered because of its high cost. Create a technological environment for enterprises and build tech-savvy successors.