Employment and Labor Law update for 2017

Must-know breaches of HR regulations and their implications

How to keep recruitment competitive during periods of talent shortage?

2017 will be a year of significant change in the field of labor and employment law. In late 2016, a draft of the revised Labor Code was released which proposes to make fundamental changes to the employer-employee relationship. Some notable revisions include increasing or removing the annual cap on overtime hours, expanding regulations prohibiting discrimination and sexual harassment, expanding the grounds upon which an employer may terminate an employee, allowing multiple independent trade unions within an enterprise and granting employers with further rights to discipline employees.

Labor costs will also increase in 2017, as general minimum wage, which forms the basis for calculating social and health insurance contributions, will increase by 7%. Regional minimum wage has also increased as of the start of this year by 7.1 – 7.4%.

The event attracted good group of 70 senior members and non-members. And we have received  good feedback after the event.

Below are some photos of the event: 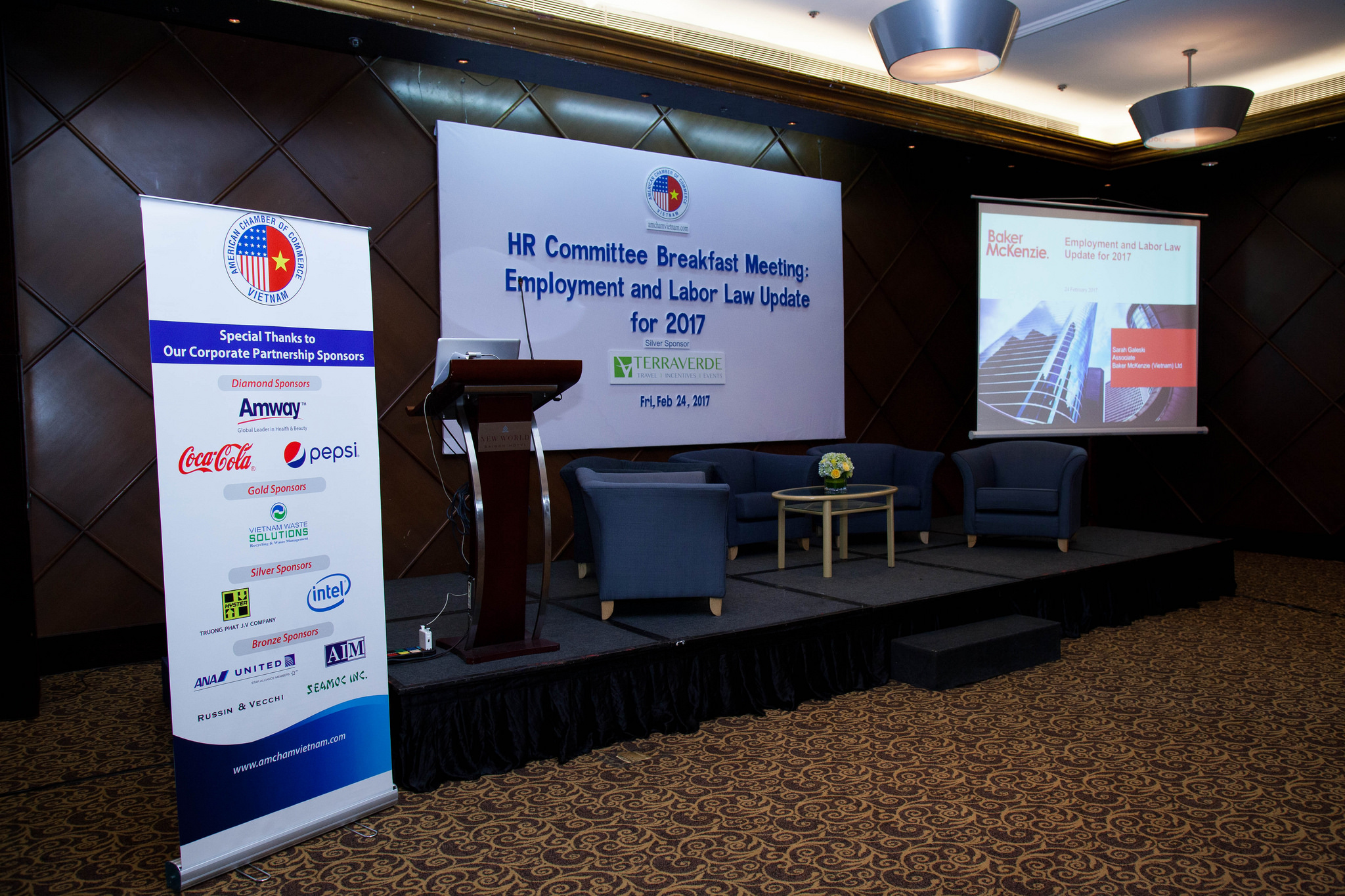 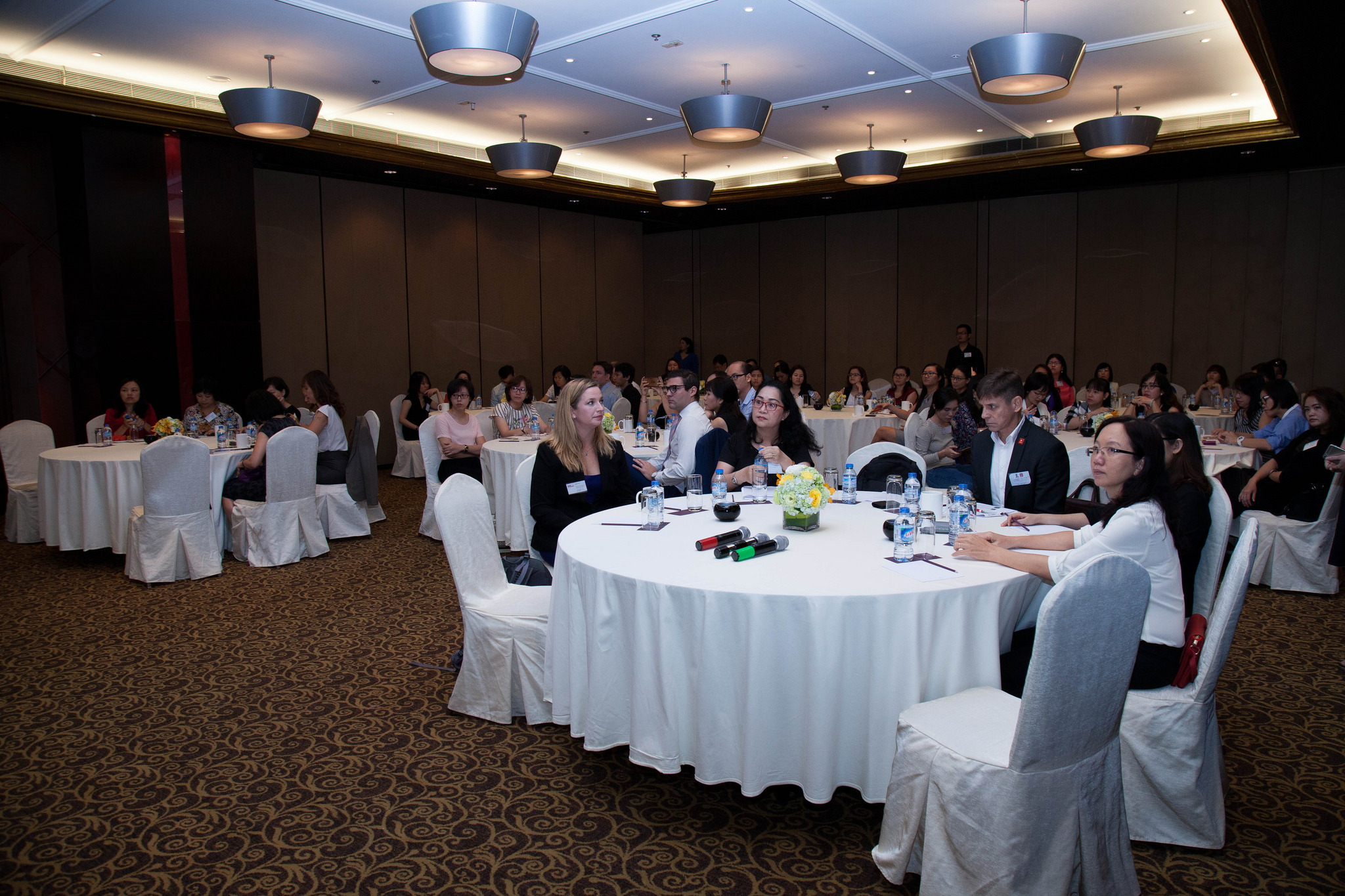 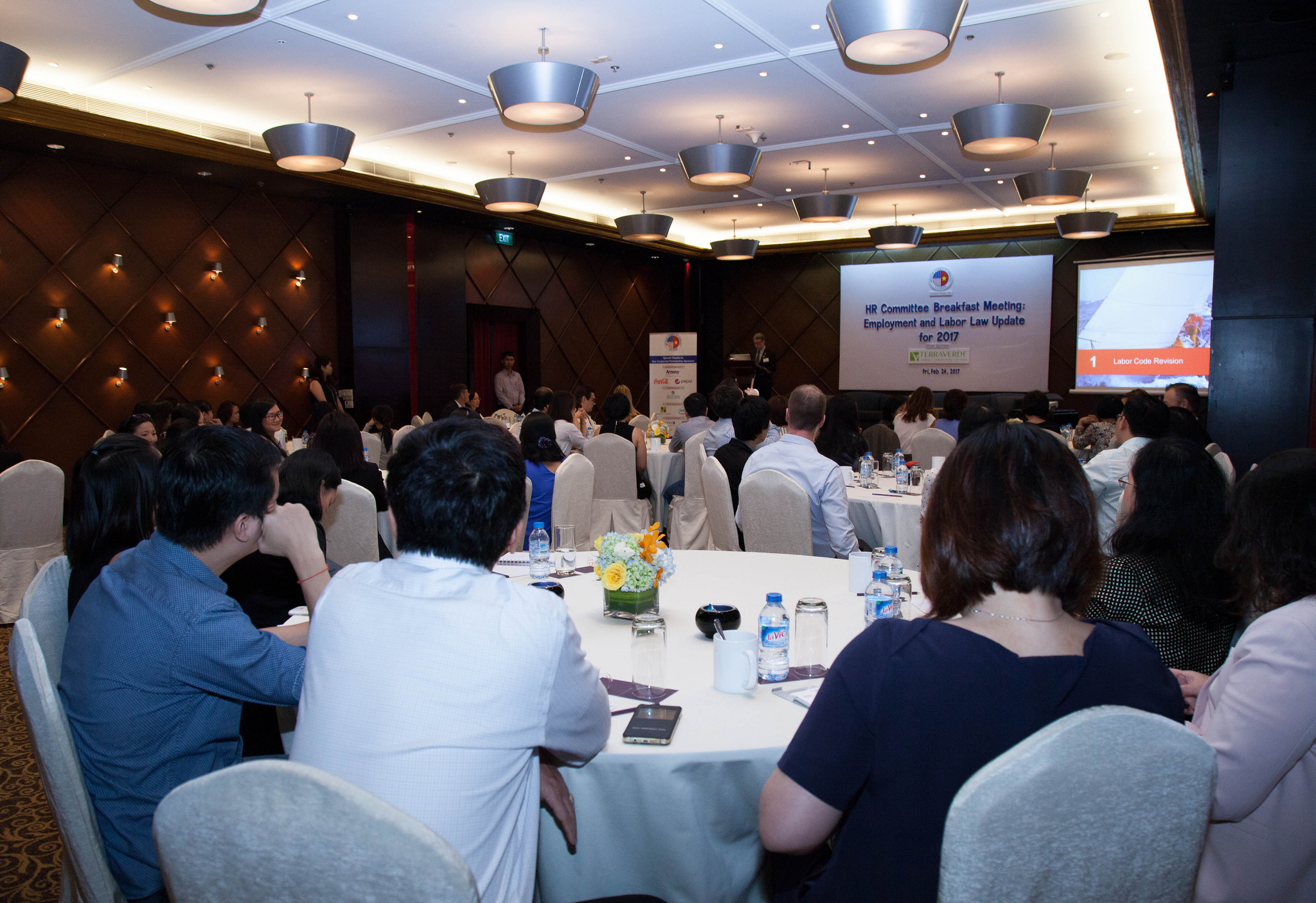 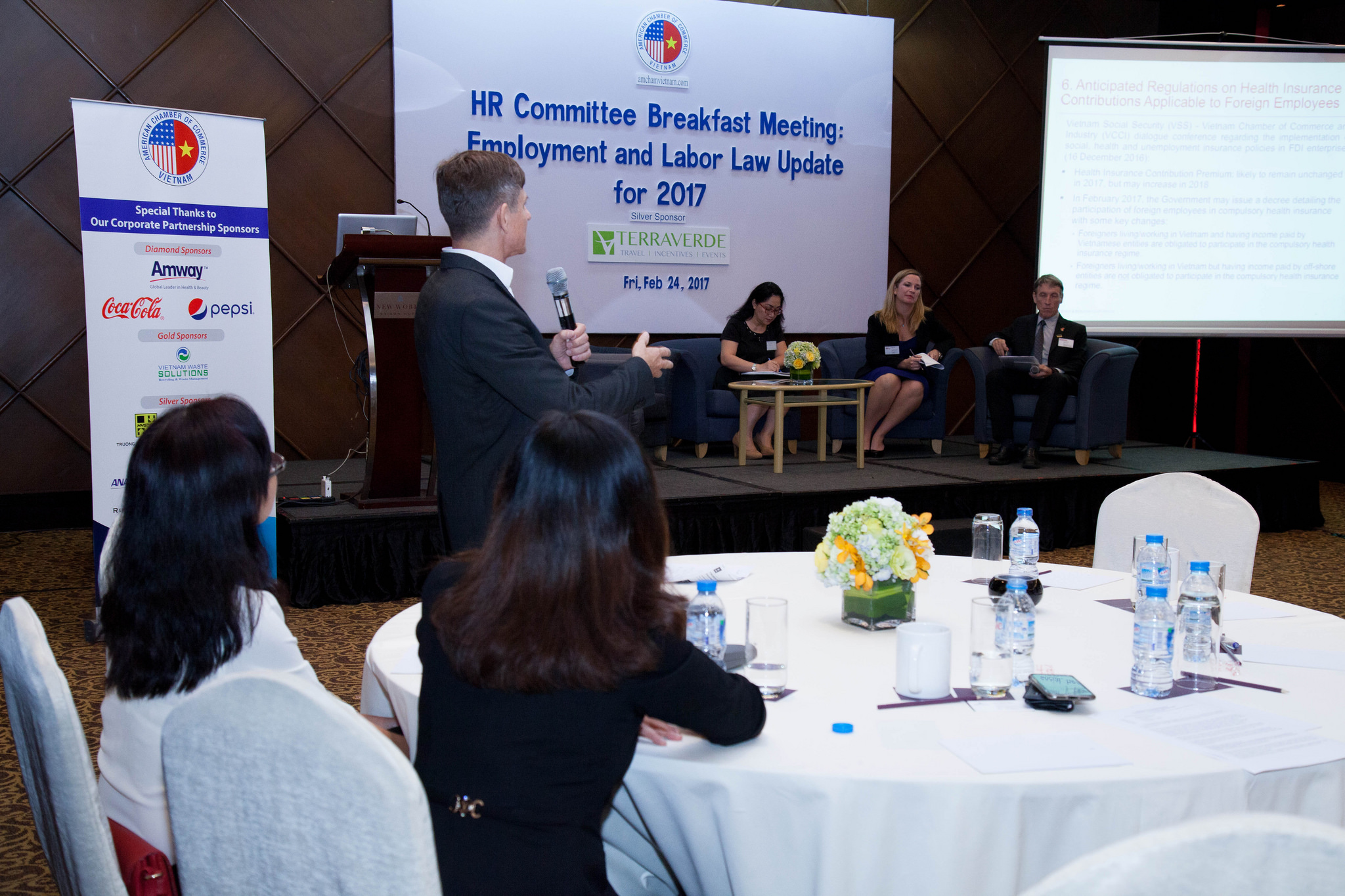 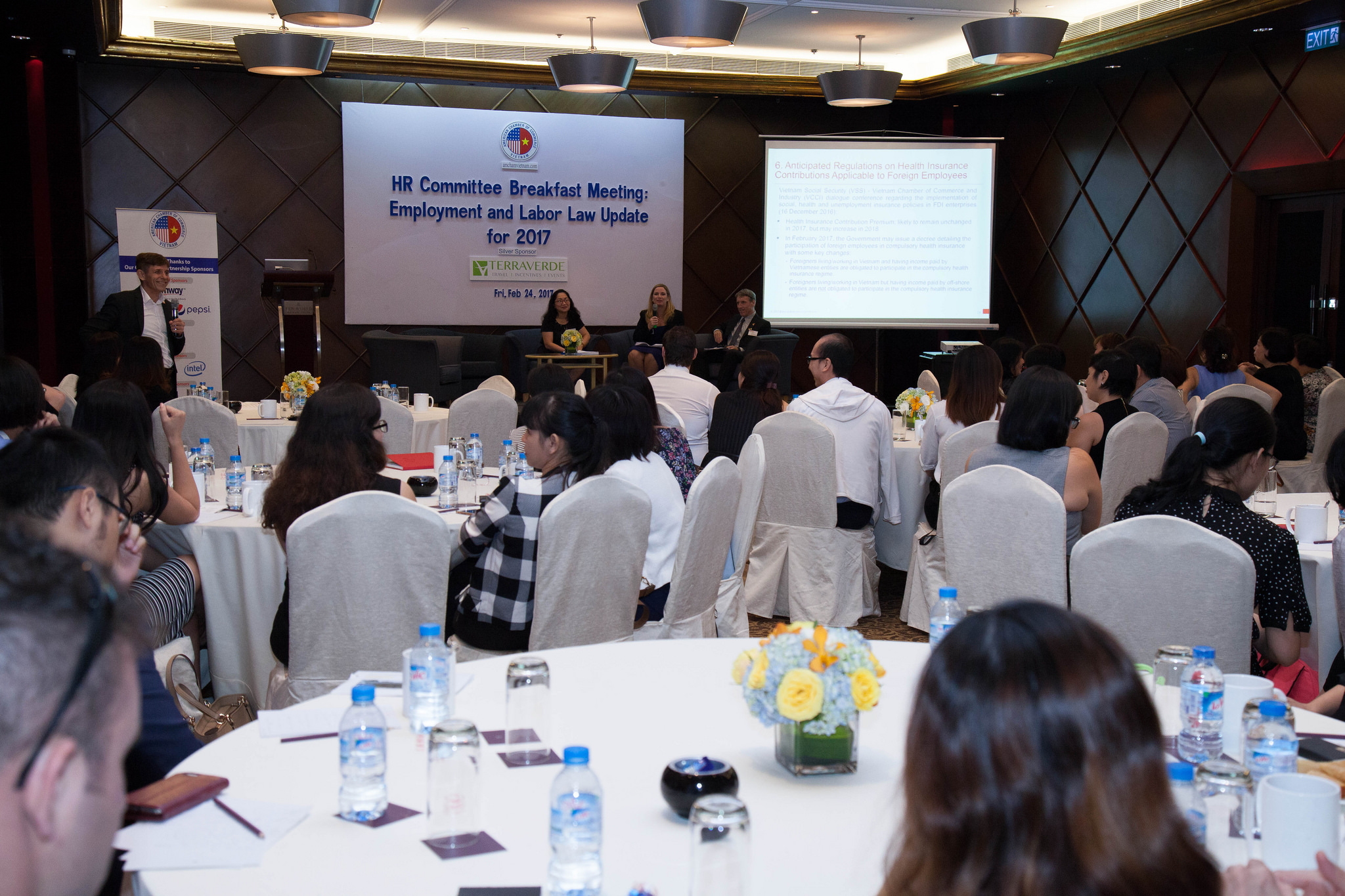